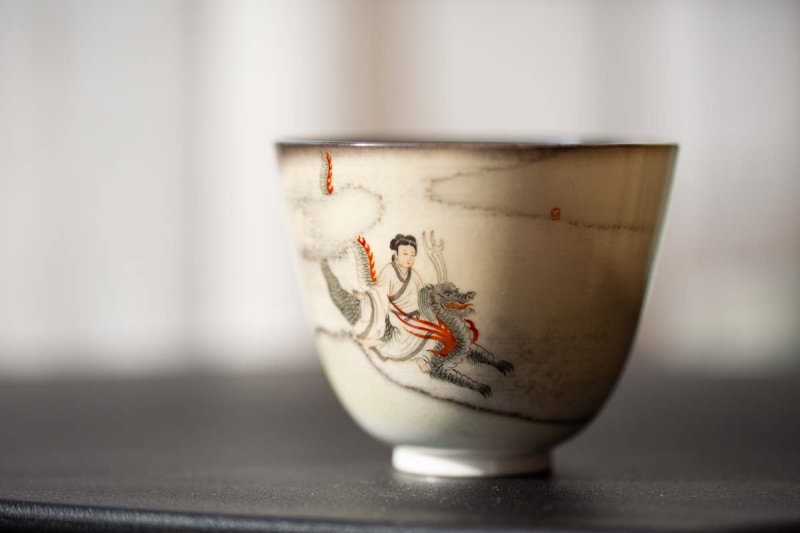 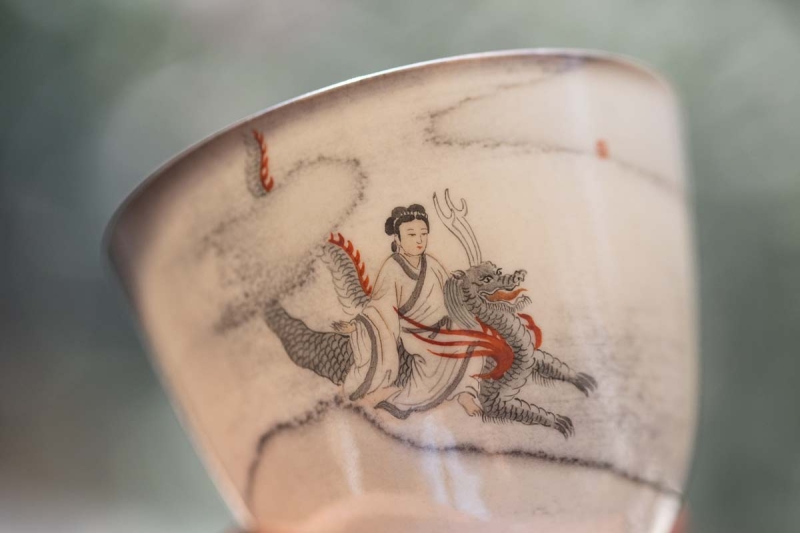 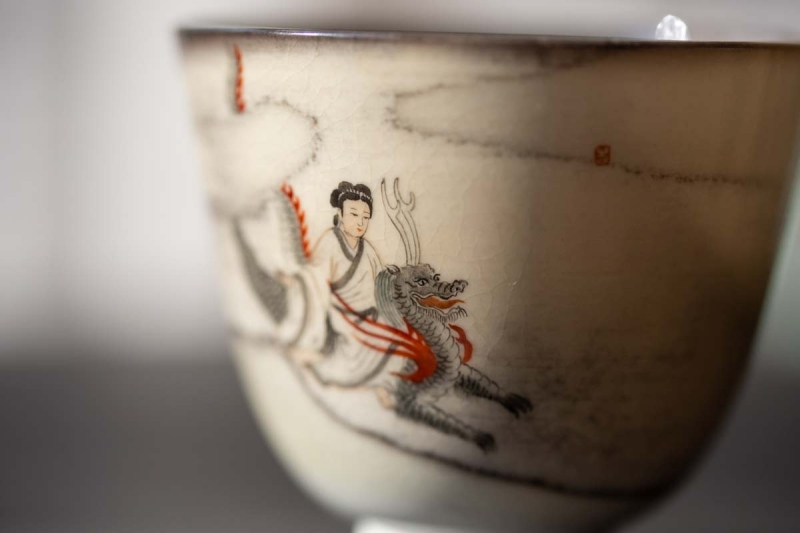 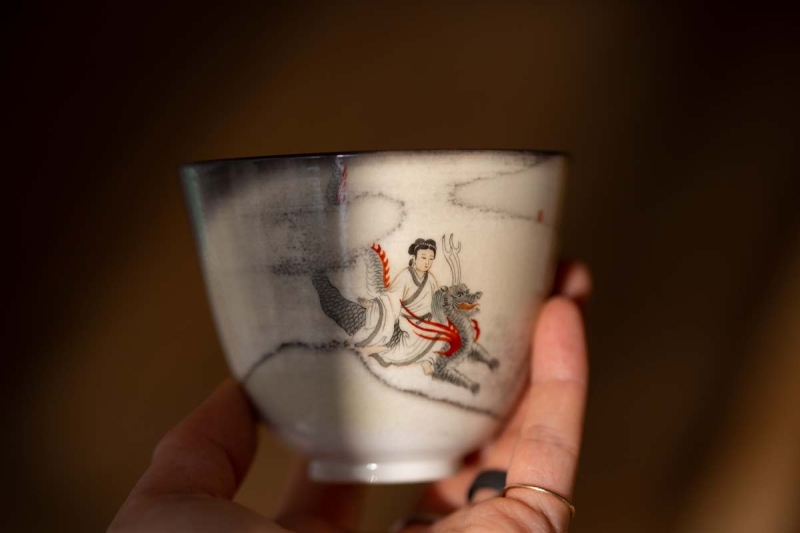 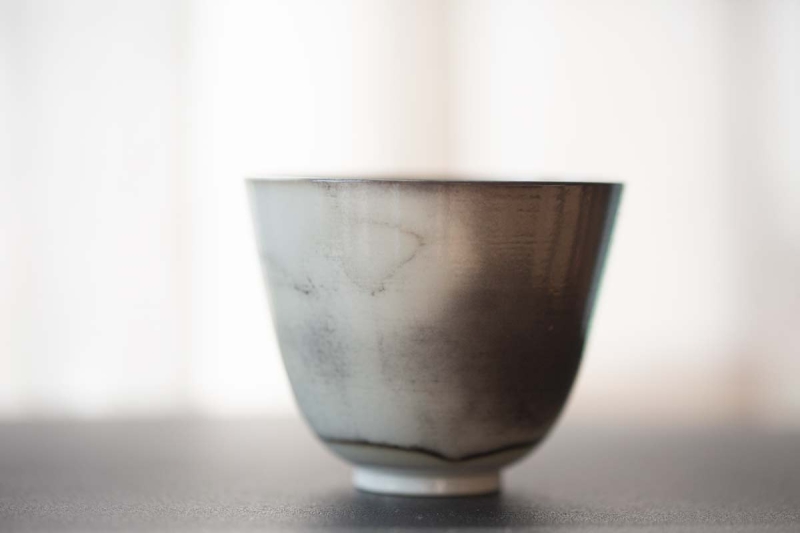 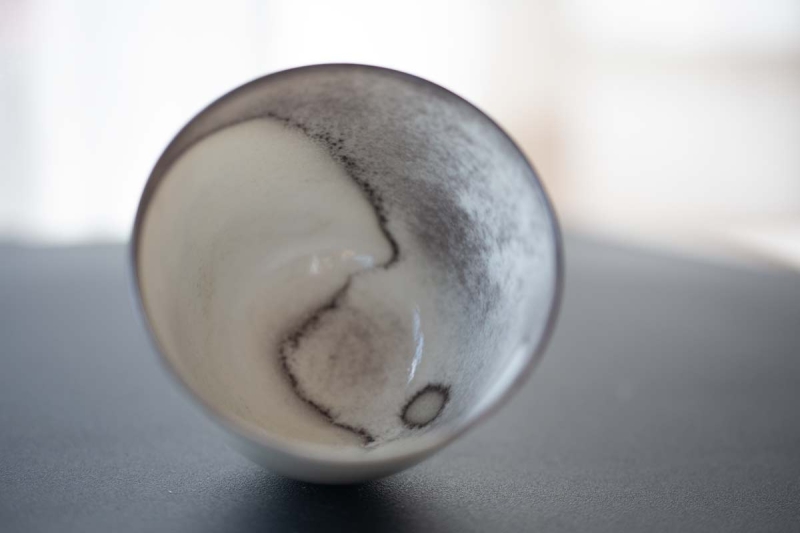 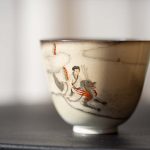 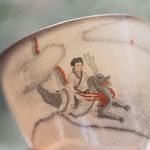 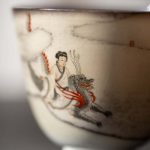 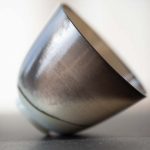 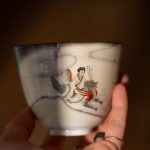 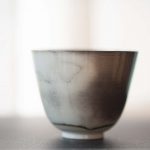 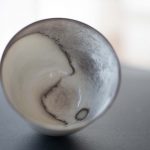 This teacup features a handpainted image inspired by the painting “Five Stars and Twenty Eight Constellations of Gods”. This scroll was originally painted in 2 volumes, however, only one volume survives. These images depict various weapon-wielding guardians of the stars, including Liuxing riding her dragon to battle. She doesn’t appear to be wielding any weapons, but you probably don’t need one if you already have a dragon. This cup holds approximately 150ml of liquid.

These Vignette Series teacups represent a perfect marriage of art and tea. These cups are more than simply a vessel for tea; they are a canvas and inspiration for the artists who worked on them.

Each piece begins as any normal teacup does. Various clays and glazes are used to form the cup, which is then wood fired for several days. The results of wood firing teaware is dependent on many factors, including clay composition, firing duration, location and placement in the kiln, shape of the kiln, type/composition of wood being burned, etc. Each cup comes out reflecting various degrees of kiln changes (窑变).

After this first firing has finished, the artist will often choose a cups that they feel evoke a scene or subject. They then play off of the unintended patterns and colours from wood firing, developing a scene or subject of their own design. Each piece is hand painted in fine detail, also taking advantage of naturally occurring textures and designs in the negative space.

The piece is finally fired for a second time in order to seal in the artwork. The variables of wood firing, along with employing various artists to work on these pieces mean that every cup is absolutely unique and inimitable.