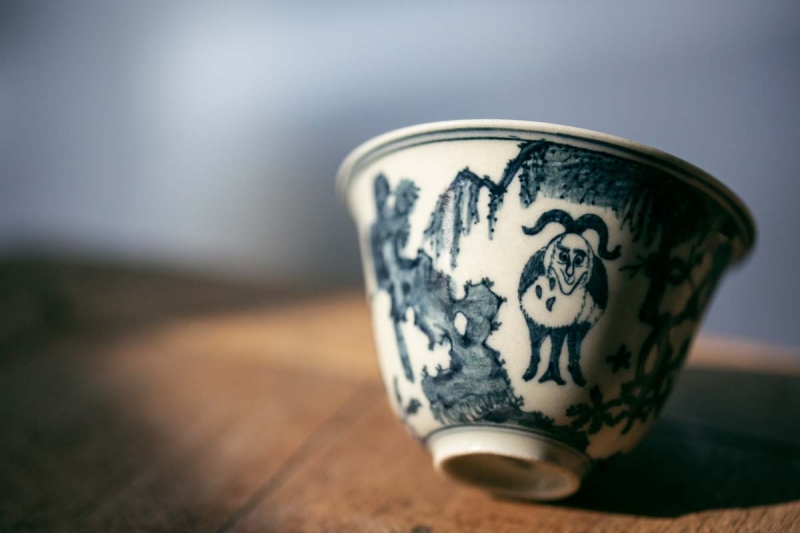 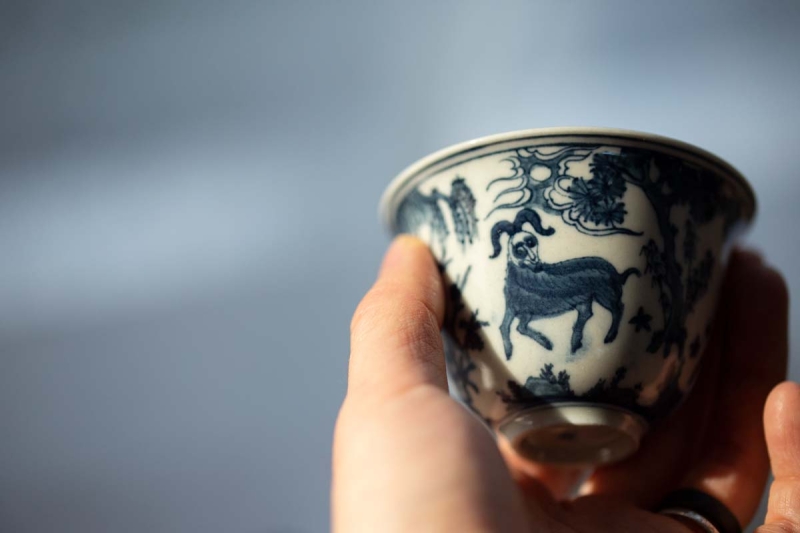 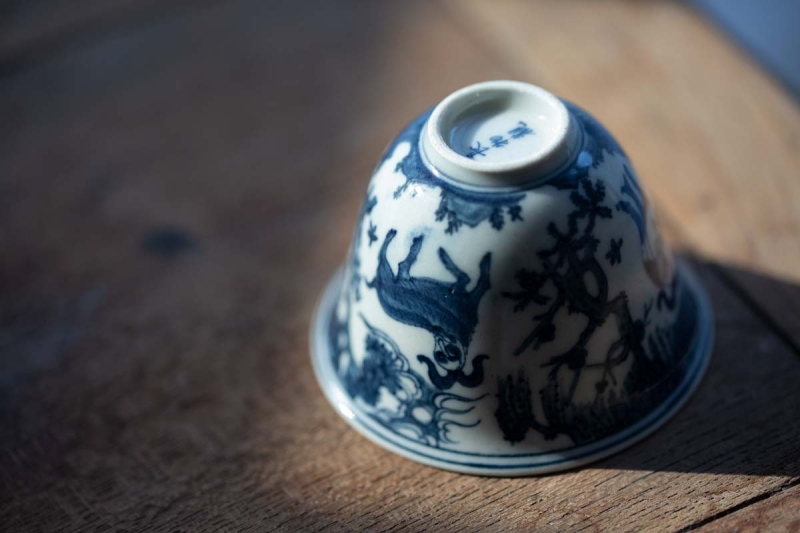 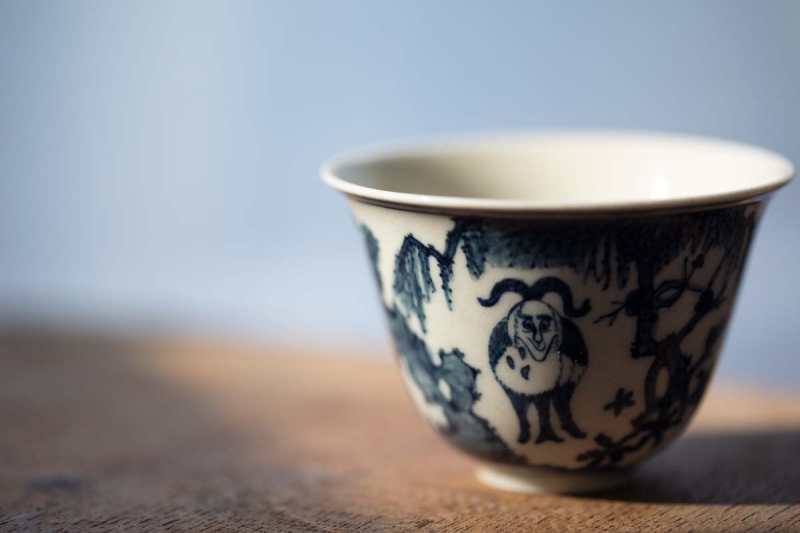 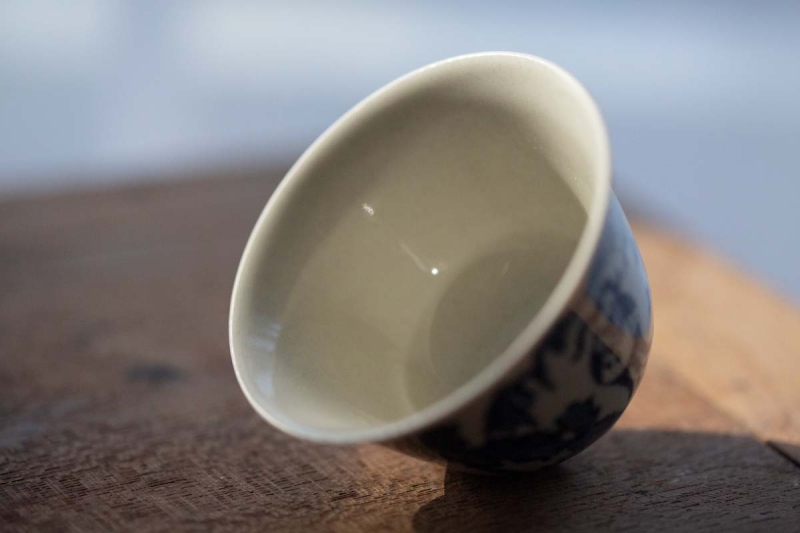 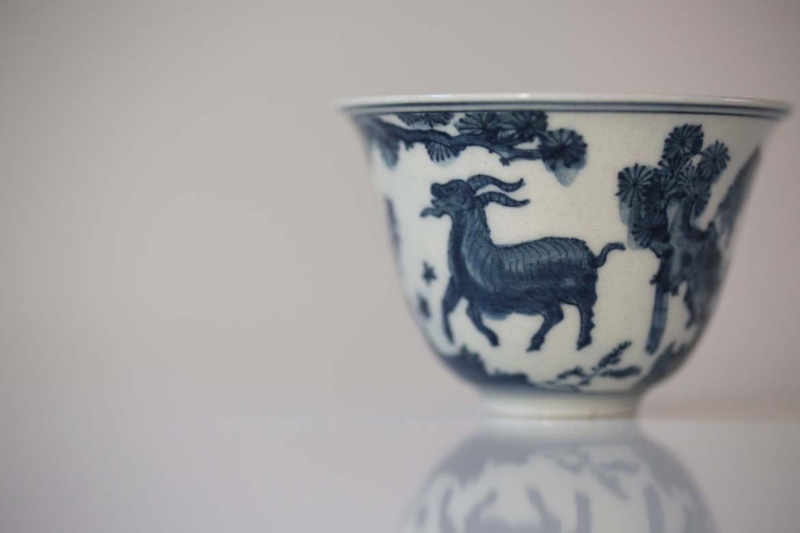 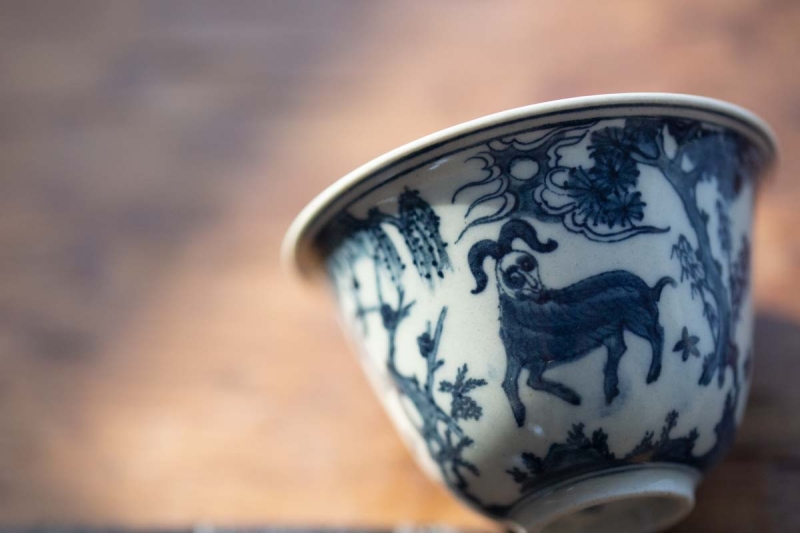 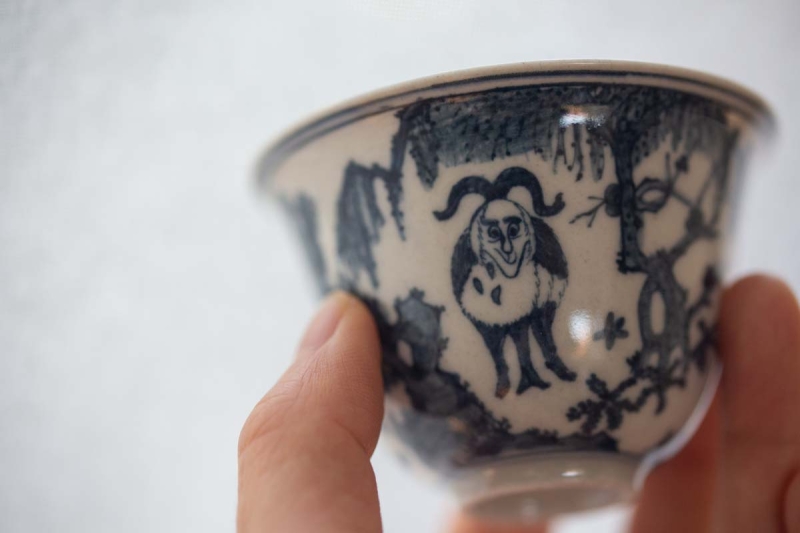 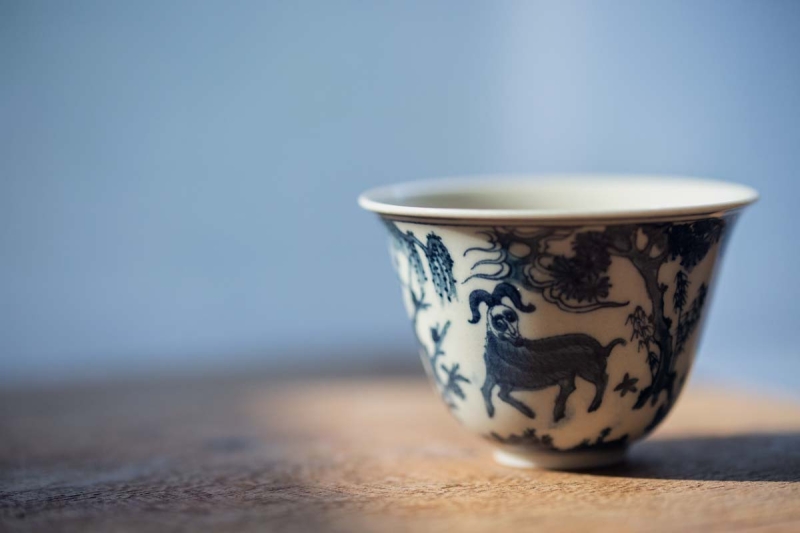 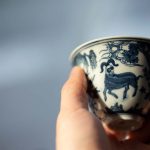 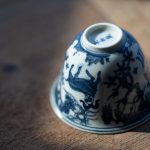 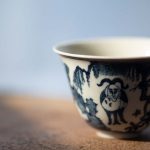 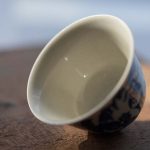 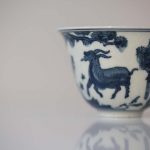 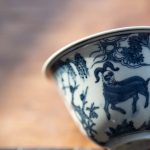 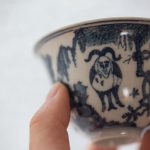 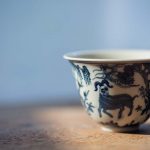 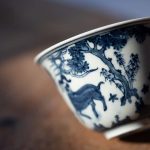 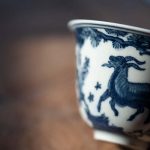 As with our other Vignette series teacups, this cup is double wood fired. Unlike the others though, this one is a reproduction of a Ming Dynasty Jiajing reign teacup that was produced in Jingdezhen during the 16th century. The original teacup is currently on display at the Shanghai museum, and while it’s priceless, this replica is much more affordable. As with the original, it features three rams, including one with strangely human-like features on the face. We can only assume this is what rams looked like ~500 years ago.

While most woodfired cups are valued for their visible kiln changes from this process, this teacup was fired using a system of shelves and careful placement with the intention of incurring as little as possible visible changes. While the appearance remains clean, the hand feel of this wood-fired cup is unlike if it were fired with gas or electric.

The product of a collaboration between several artists and a ceramics studio in Jingdezhen, our Vignette Series teacups represent a perfect marriage of art and tea. These cups are more than simply a vessel for tea; they are a canvas and inspiration for the artists who worked on them.

Each piece begins as any normal teacup does. Various clays and glazes are used to form the cup, which is then wood fired for several days. The results of wood firing teaware is dependent on many factors, including clay composition, firing duration, location and placement in the kiln, shape of the kiln, type/composition of wood being burned, etc. Each cup comes out reflecting various degrees of kiln changes (窑变).

After this first firing has finished, the artist will choose a cups that they feel evoke a scene or subject. They then play off of the unintended patterns and colours from wood firing, developing a scene or subject of their own design. Each piece is hand painted in fine detail, also taking advantage of naturally occurring textures and designs in the negative space.

The piece is finally fired for a second time in order to seal in the artwork. The variables of wood firing, along with employing various artists to work on these pieces mean that every cup is absolutely unique and inimitable.