After passing row upon row of cubicle-partitioned studios in the Jingdezhen Ceramic Intitute, we turned left and were greeted by ceramic role playing game style miniatures of various size. A slim and tall young man came out to greet us, stating that “these are just a hobby” before calmly inviting us in. 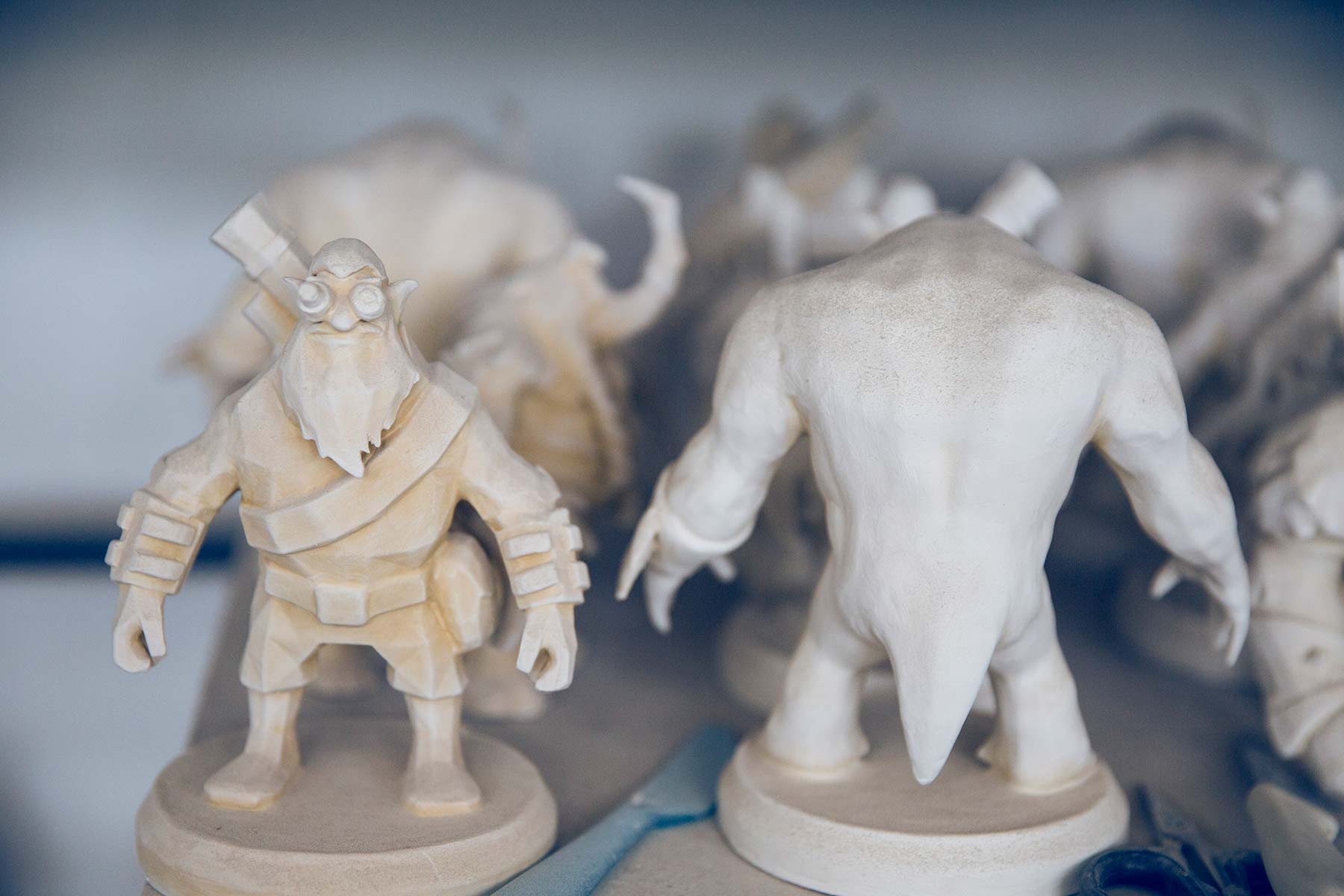 Over by the pottery wheel an older man attentively shaved and trimmed cups. He continued to work away while we examined a series of teapots with a remarkable glaze. Once he reached a natural break in his work and stepped away from the wheel, the younger man took them helm, modestly explaining that wheeling is not really his specialty.

Nonetheless, he was able to effortless demonstrate the technique of throwing a classic style cup with attached saucer. As he continued to walk us through the process of creating a piece from start to finish, his experience as a teacher became apparent. It turn out that the man previously at the wheel was both an apprentice and his father, who had taken up pottery and found joy in it later in life. 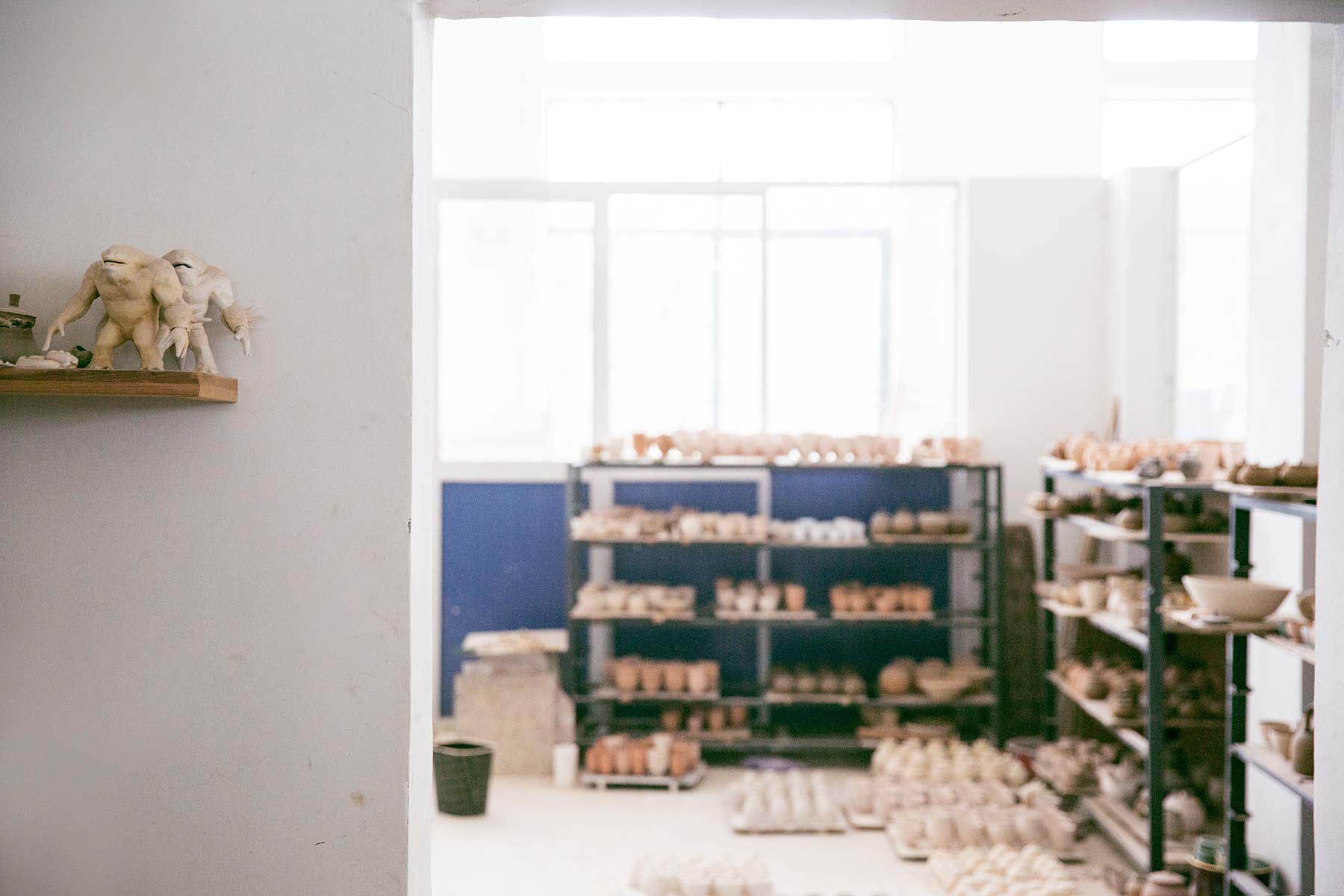 As we browsed over shelves of finished work, our attention largely remained on a series of pieces with a so called “magic glaze”. This glaze’s magic trick is the ability to be applied as either matte or glossy, depending on the technique used. In both cases, the glaze is essentially transparent with a variable dusting of purple, pink and red. While it’s not unheard of for artists to create their own glaze from scratch, it’s also not a common occurrence. What can be counted on though, is that glazes will be copied and replicated by other studios, hence his decision to submit this glaze for patent review. 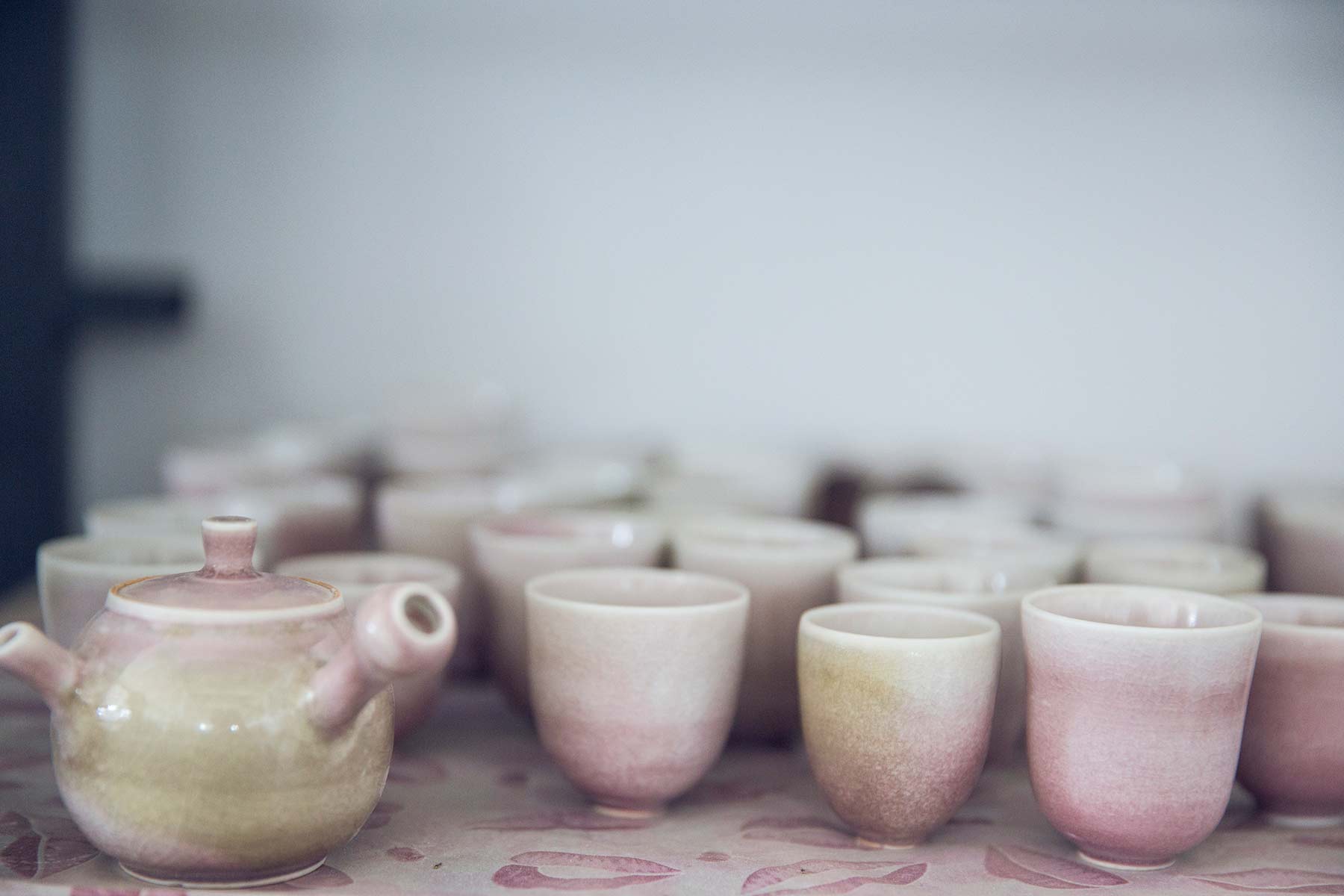 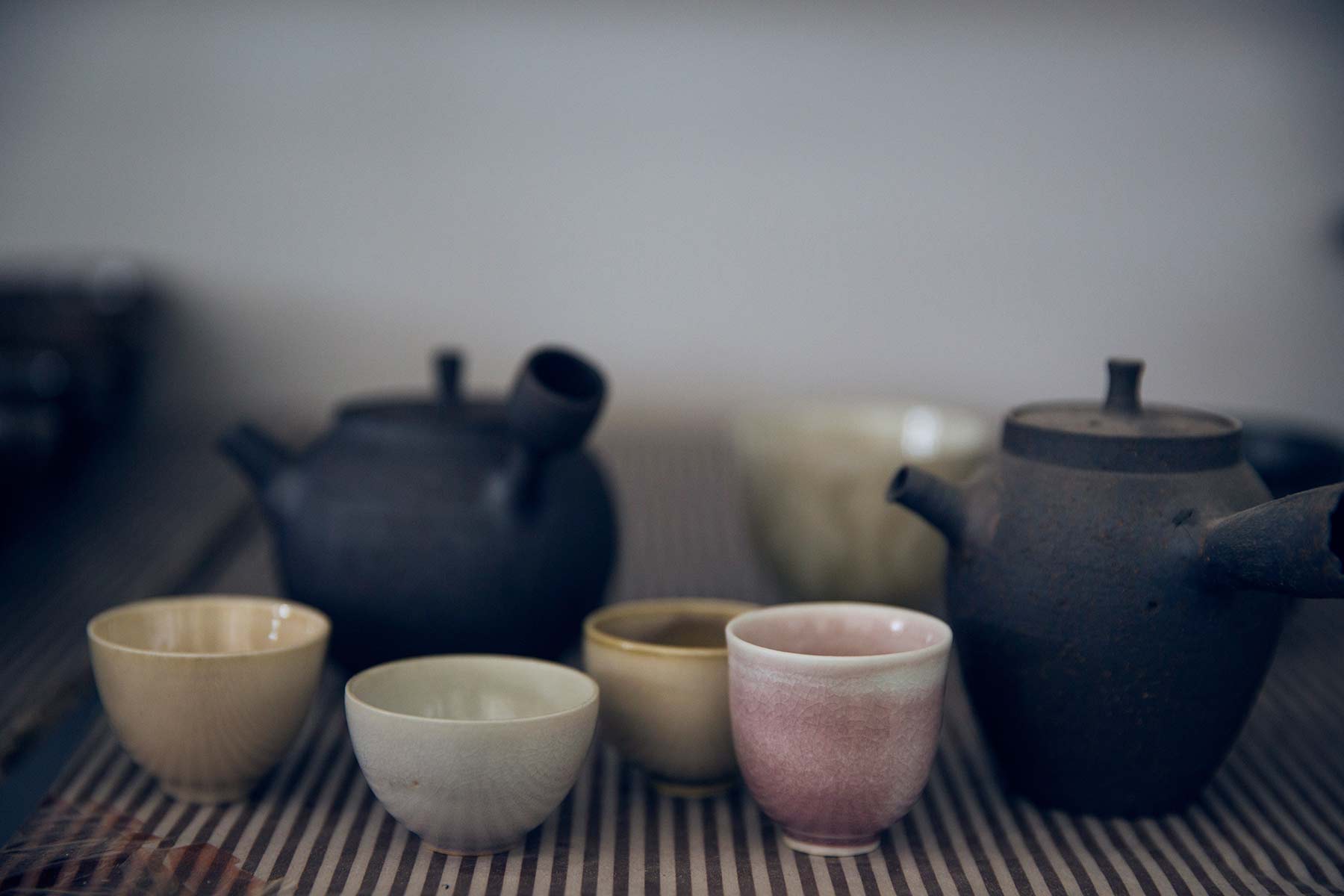 Crossing the aisle to the cubicle directly across, we sat down in a student lounge-like setup with an old couch and some wooden chairs spread around an old table. He casually dropped some precious 11 year aged Fujian white tea into a kettle, explaining that this tea is best when boiled. As we continued to drink, the soup got thicker and darker each time our cups were refilled, but never bitter or unpleasant. Sure enough the saying (or a variant of it) that accompanies aged white tea came up – 1 year tea, 3 years medicine, 10 years treasure. 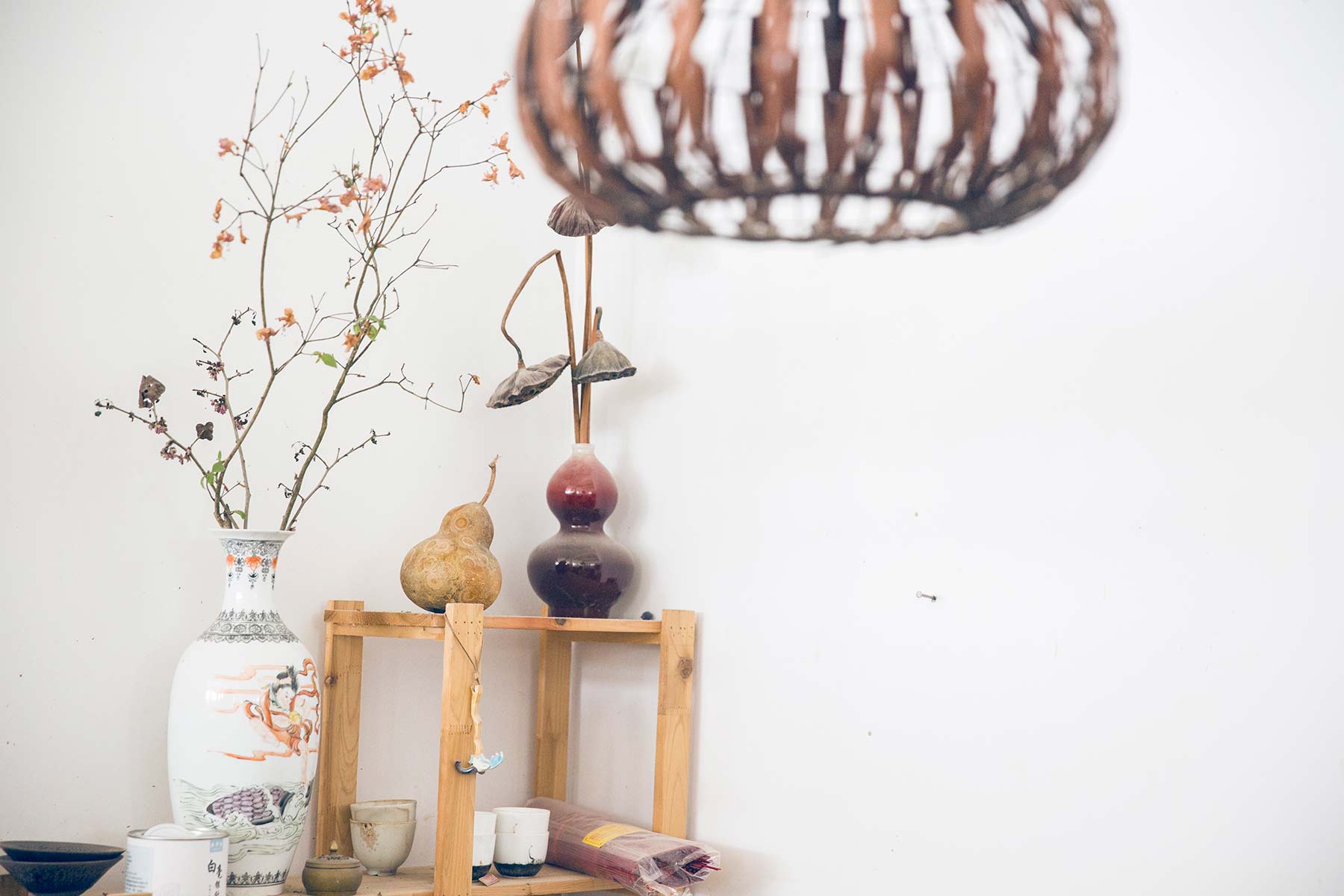