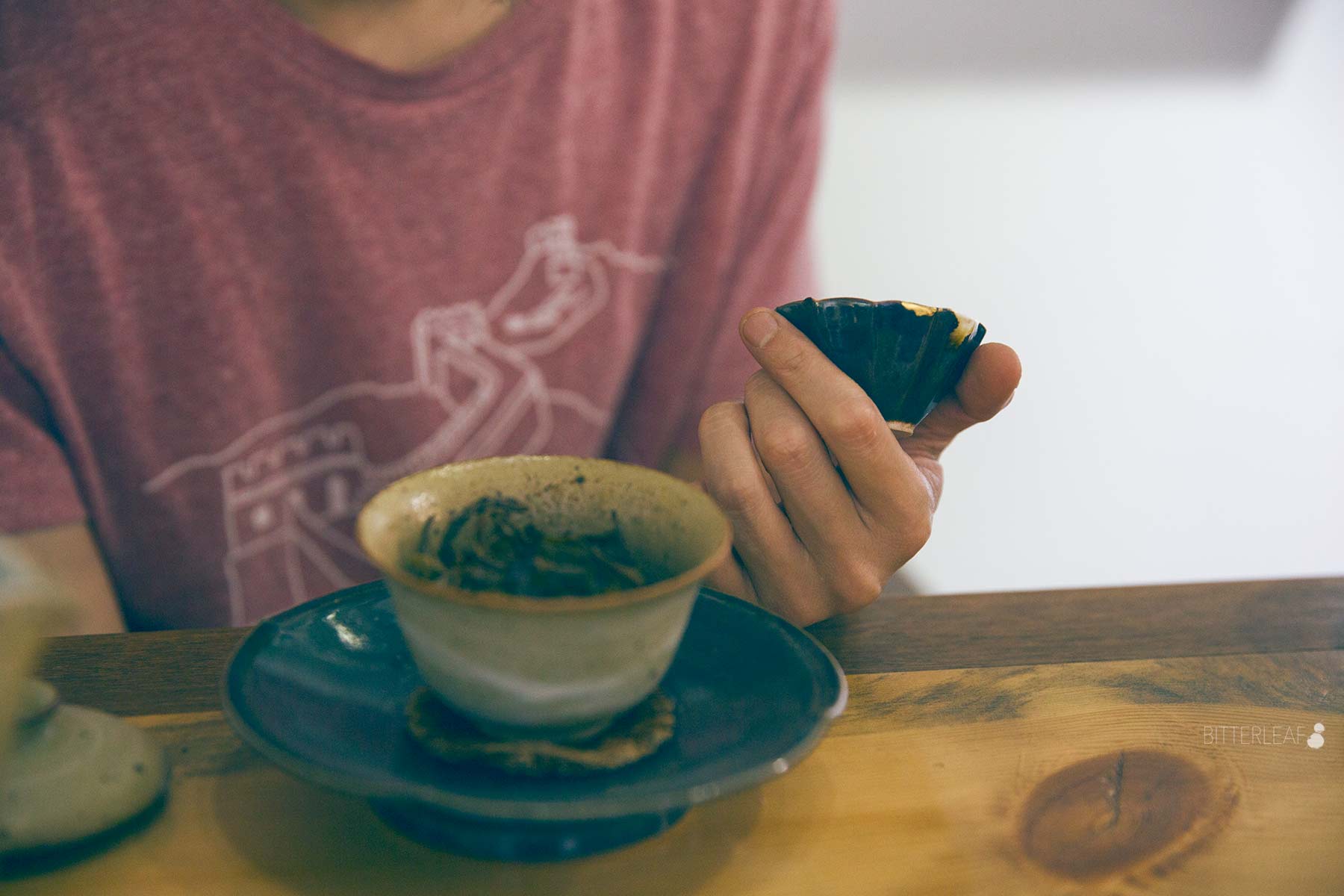 When matching teaware, it’s often recommended to pair complementary or even contrasting pieces. A colourful and/or funky teapot, for instance, will likely look best on a simpler, less busy tray or support, and vice versa. There are of course exceptions, as the rules of what’s aesthetically pleasing are not set in stone, but balance is crucial when pleasing the eye and creating a sense of harmony. Perhaps this concept applies well when pairing people too.

As we double checked our GPS to make sure we were where we needed to be, two lively characters stepped out of a glass-front studio, one of them panting and jumping as we approached. She makes small ceramic mermaids, among other things. The other “she” plays, eats and naps – all in that order. Although she doesn’t make any teaware, we still felt inclined to reach out and visit while in Jingdezhen. Her work appeared to be a true reflection of her character – light-hearted, energetic, positive and whimsical. White tea seemed to be a fitting choice to accompany our conversation. 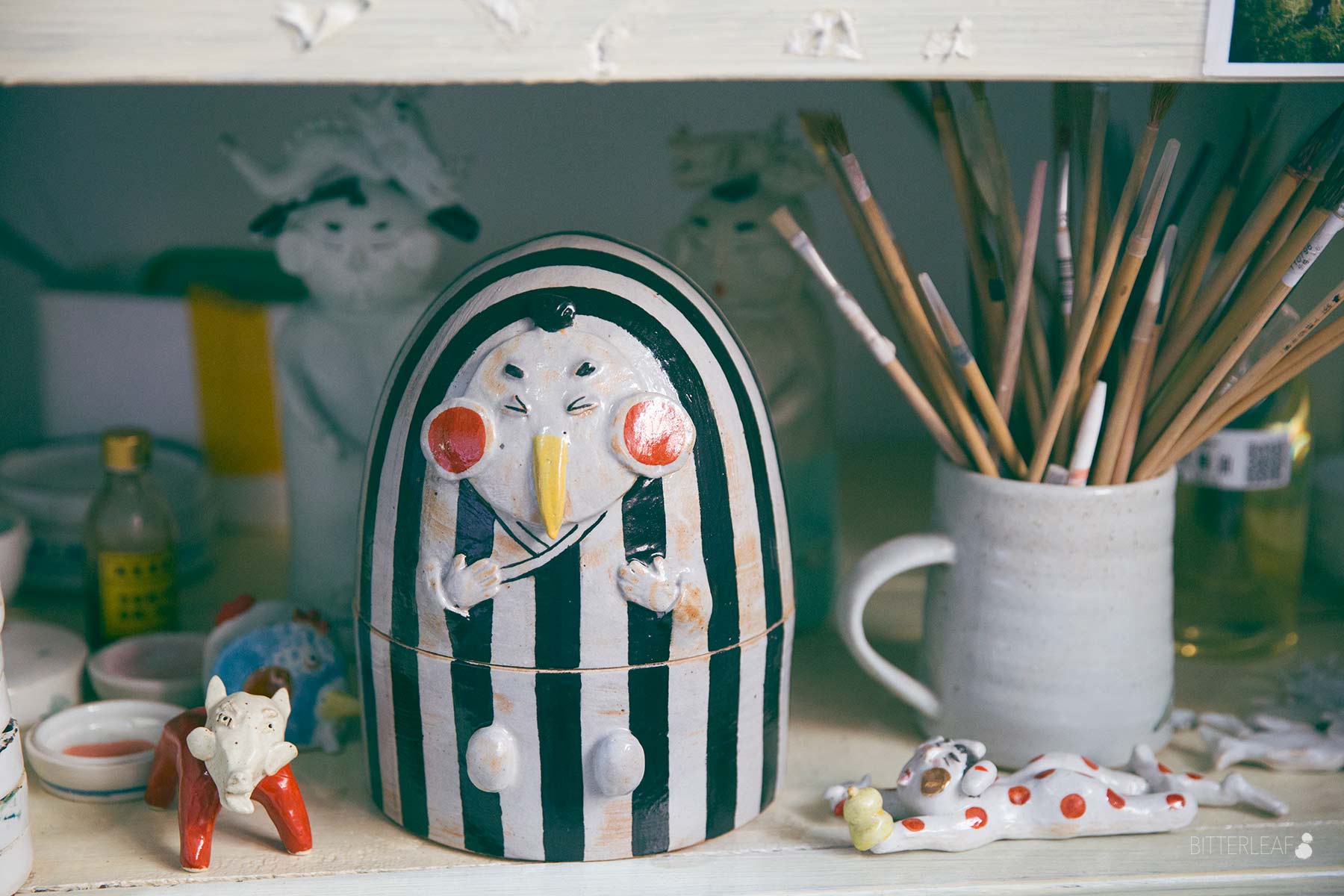 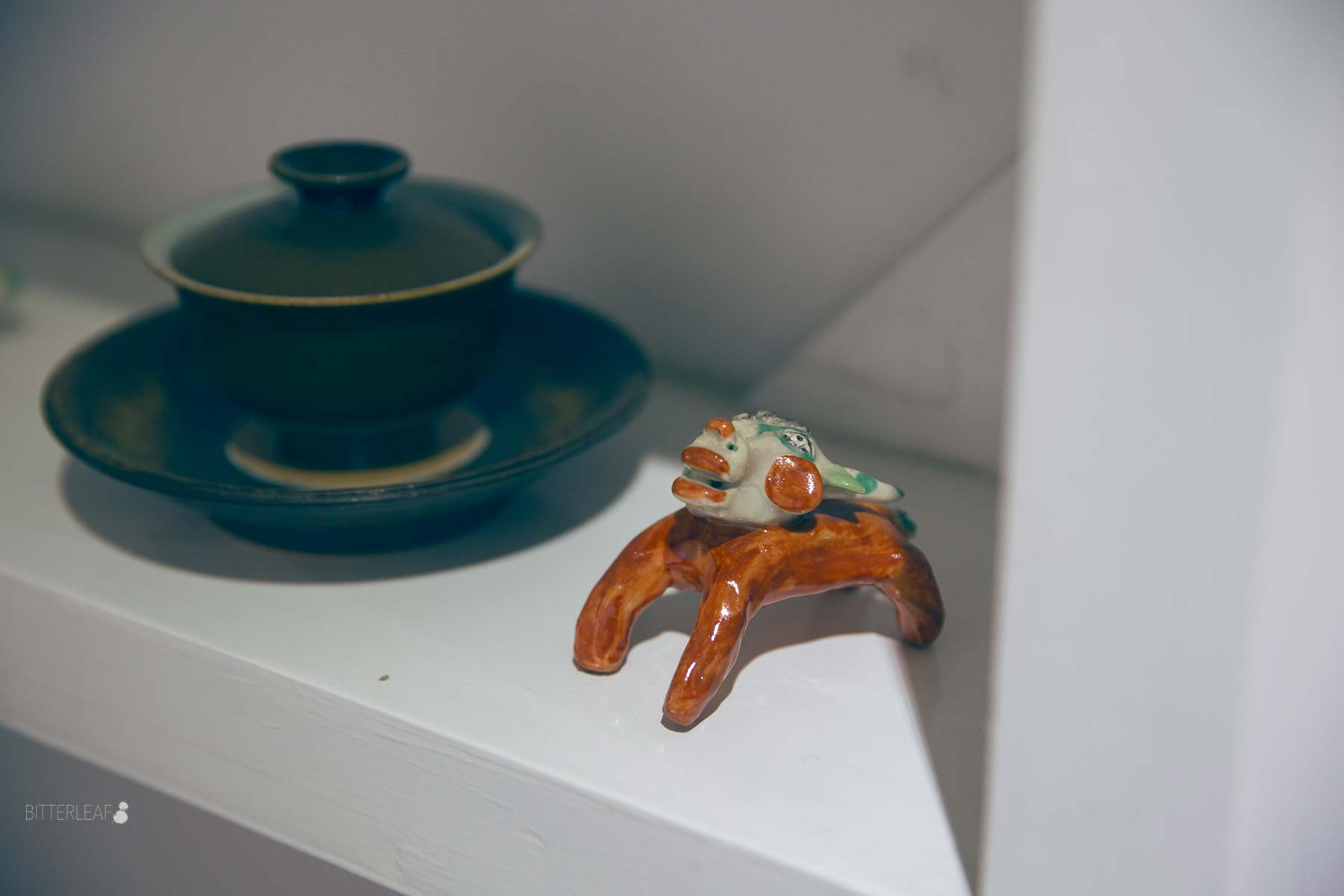 Much of the pieces on display had a drastically different feel to them though. Gaiwans, gong dao beis and trays with a simple, deliberate design occupied a fair amount of space. These were clearly the work of her husband, who she cheerfully suggested we watch working in the other room. He stood over a table at the other end of the room, engrossed in his work. There was not much more than a flash of acknowledgement as we tiptoed in and out over the course of 20 seconds.

As we returned to our white tea, it was explained that he completes each aspect of his work himself. Many artists and studios often employ the help of those more skilled at specific tasks (such as wheeling, carving, mixing clay, etc) to allow greater output and reduce cost. In his case, his vision for each item is so clear that he can’t accept any deviation or lack of precision, thus he has to control every step. This is in sharp contrast to his wife, who adopts more of a free-flowing, emotional approach when creating her work. 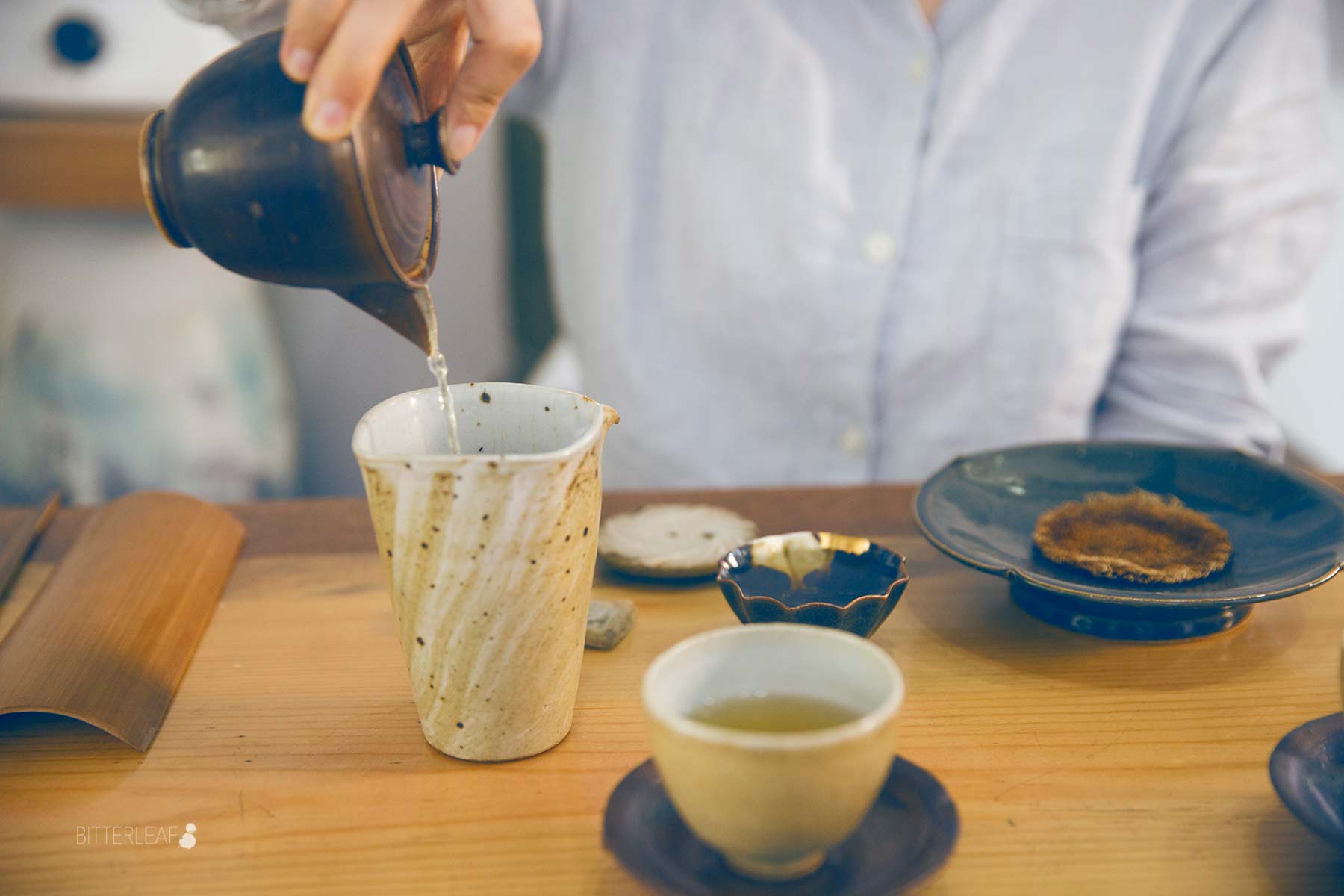 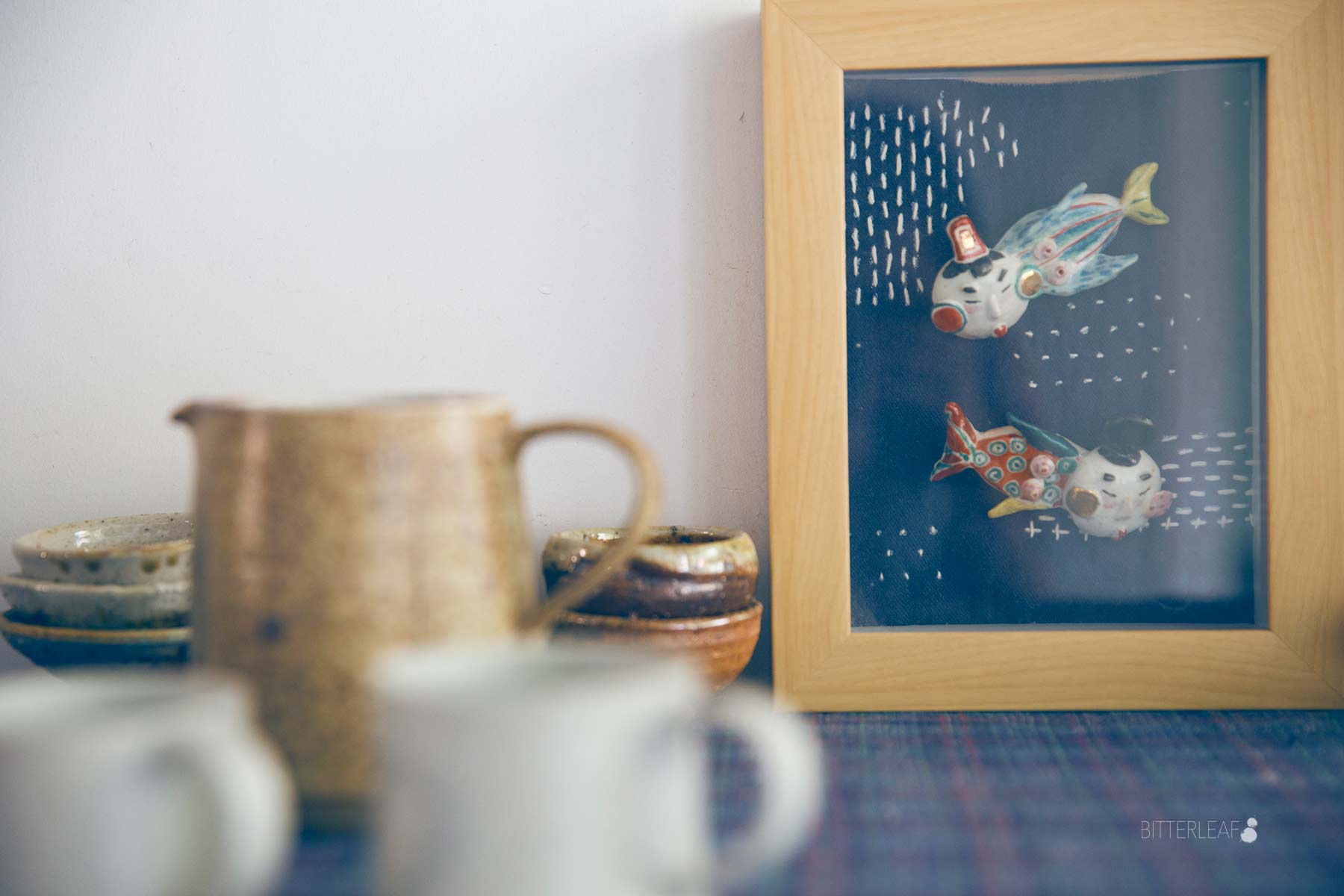 After a few more minutes he emerged from the den of clay. Wearing a similar style round frame glasses as his wife, he looked like a Chinese John Lennon. He is generally a man of few words, which again is in contrast to his other half. Some ice was broken as we noticed rows of puer cakes on a shelf. A smile and (somewhat) more animated expression took over his face when we pointed to them and asked about his favourites. After several days in Jingdezhen, this was the first true puer drinker we were able to sit down with. Judging by his reaction, we were perhaps some of the rare puer drinkers to stop by as well.

Meanwhile as we sat and talked, a warning was made not to make eye contact with the sheepdog at knee level. This proved too difficult though, as eyes locked and paws immediately reached up to the lap in a plea to play.