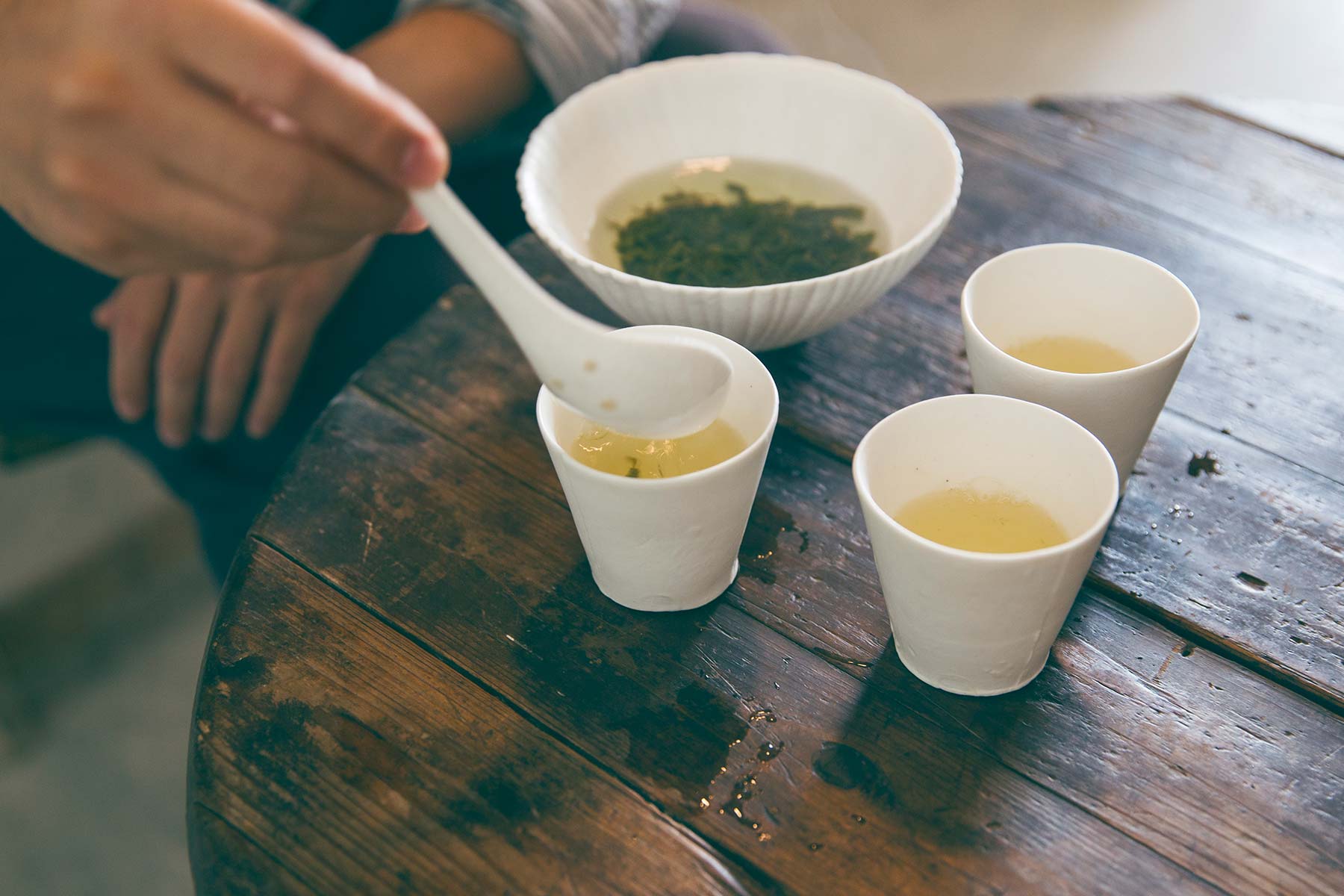 It probably goes without saying that an artist’s work is to some degree a reflection of themselves. A manifestation of something whole or partial, obvious or hidden. Making the connection between the person and their work can either jump out at first glance, or require a little bit of time.

No sooner than we were able to put down the gaiwan we were admiring, a friend called over the artist behind it, who happened to be within earshot. Of course he made that gaiwan. He practically is that gaiwan. Dressed in a simple, light blue linen shirt and wearing a calm, even expression, it made perfect sense.

Between initially meeting him and visiting his studio later that afternoon, we learned that his work is exclusively carried by 2 or 3 domestic distributors who operate in the sphere of high end teaware. We didn’t know what this meant for little guys like us, but nonetheless we were happy to sit, talk and of course drink tea.

We got off the elevator, which conveniently stops directly in the studio, which was painted a soft blue colour that shifted to green depending on which side the light came in from. As we were greeted by one of the two resident cats, we knew we were in the right place. An old 35mm Contax AX camera spotted on the table confirmed that. But it was the teaware that had a unique way of standing out. There were no flashy or bright colours. No dramatic glazes. No gloss, no shine, no elaborate engravings, no woodfiring. Counterintuitively, they were the opposite of these things. Raw, yet modern. Simple, minimalistic objects that fall somewhere on the grayscale – usually a shade or two shy of white or black. 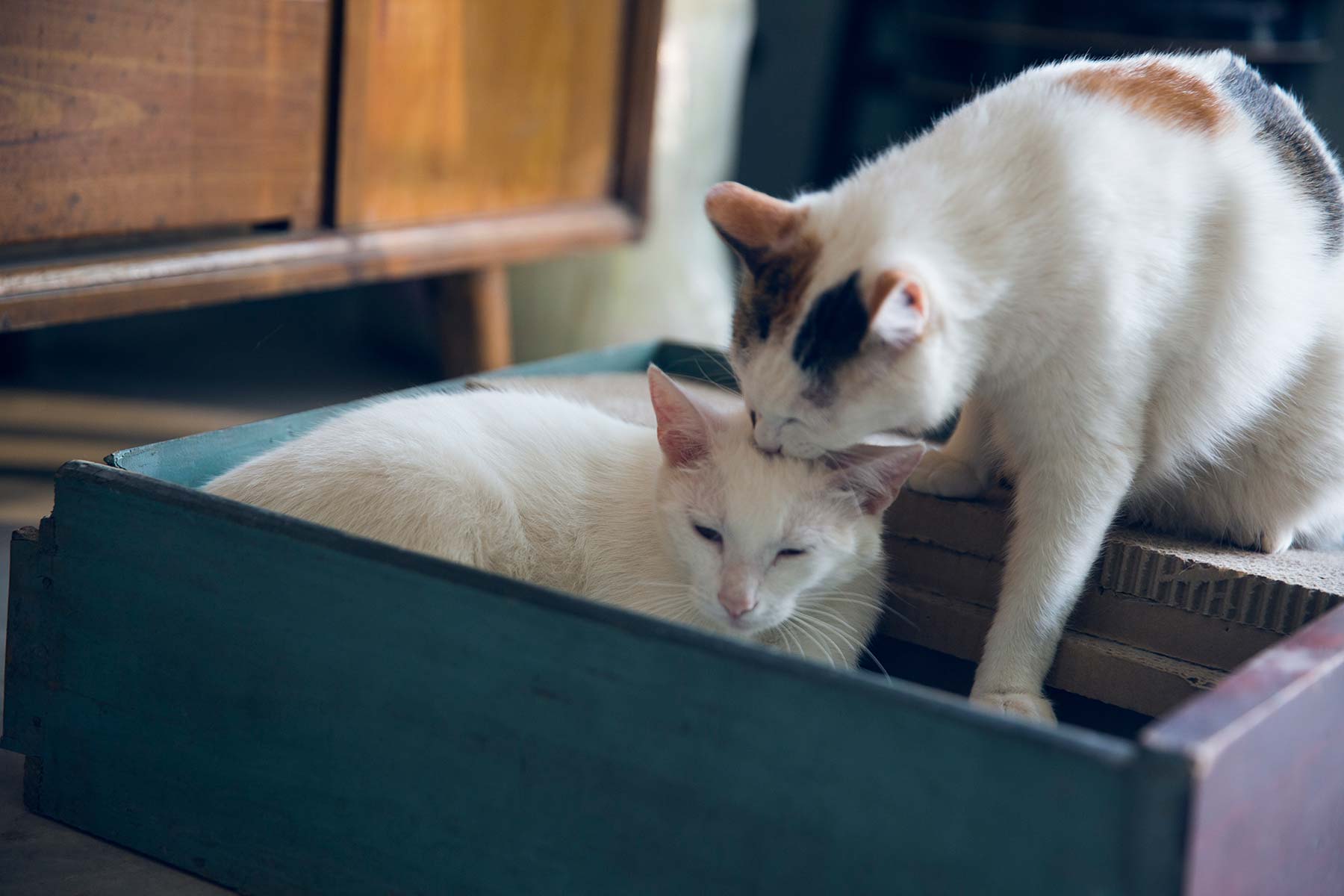 Most of all, each piece felt good in the hands. This could even be seen in the way he handled the spoon, methodically scooping water out of a bowl into the cups, until only soft green tea leaves were left behind. Whether talking or scooping tea, his attention and focus was on the thought or task in hand, following it through to the end. As he picked up a gong dao bei from the shelf and examined it, he said “it’s all in the feeling. Anyone can imitate a shape or glaze and make a copy, but it will never feel as good as when you put your heart into it. You can’t copy that.” 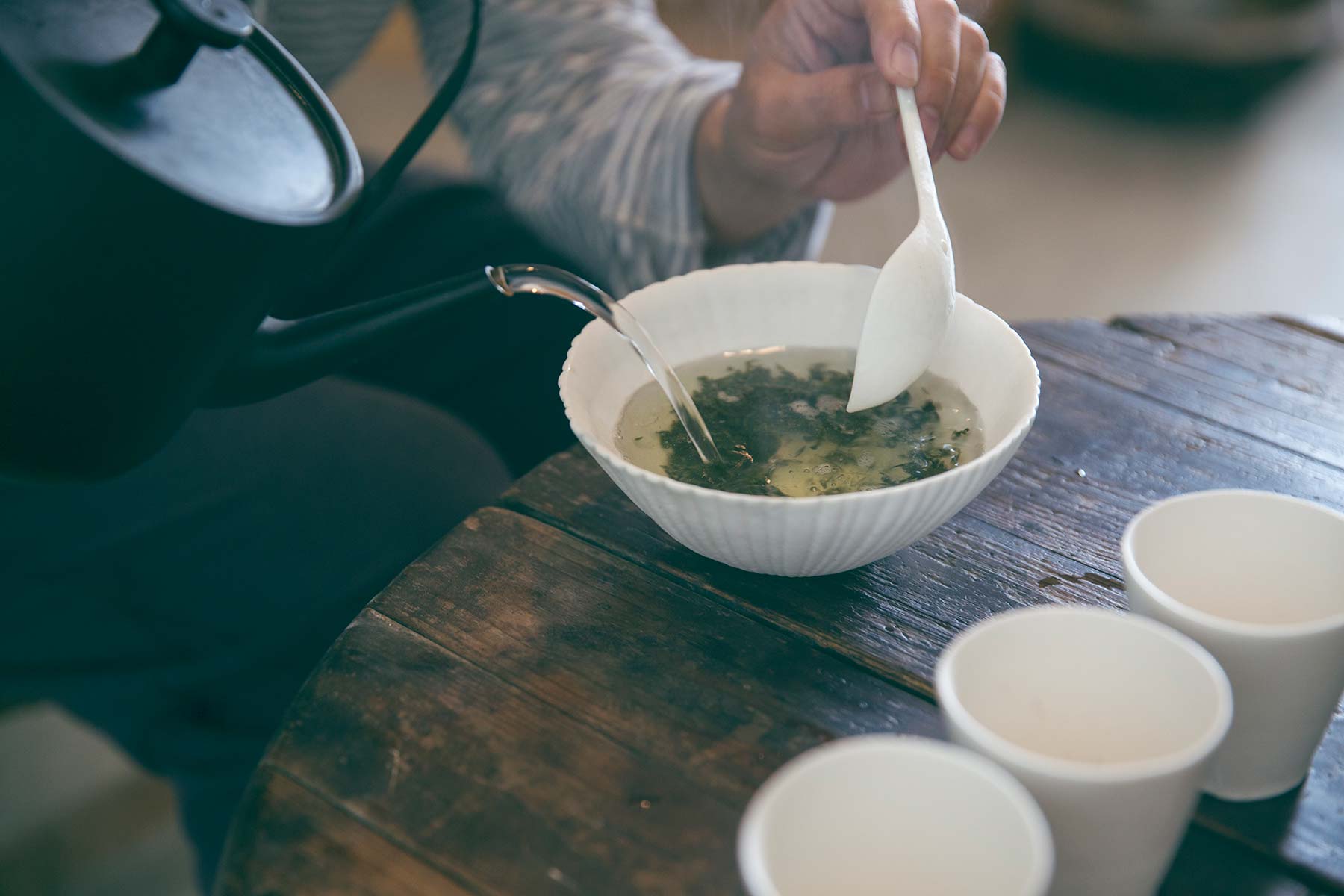 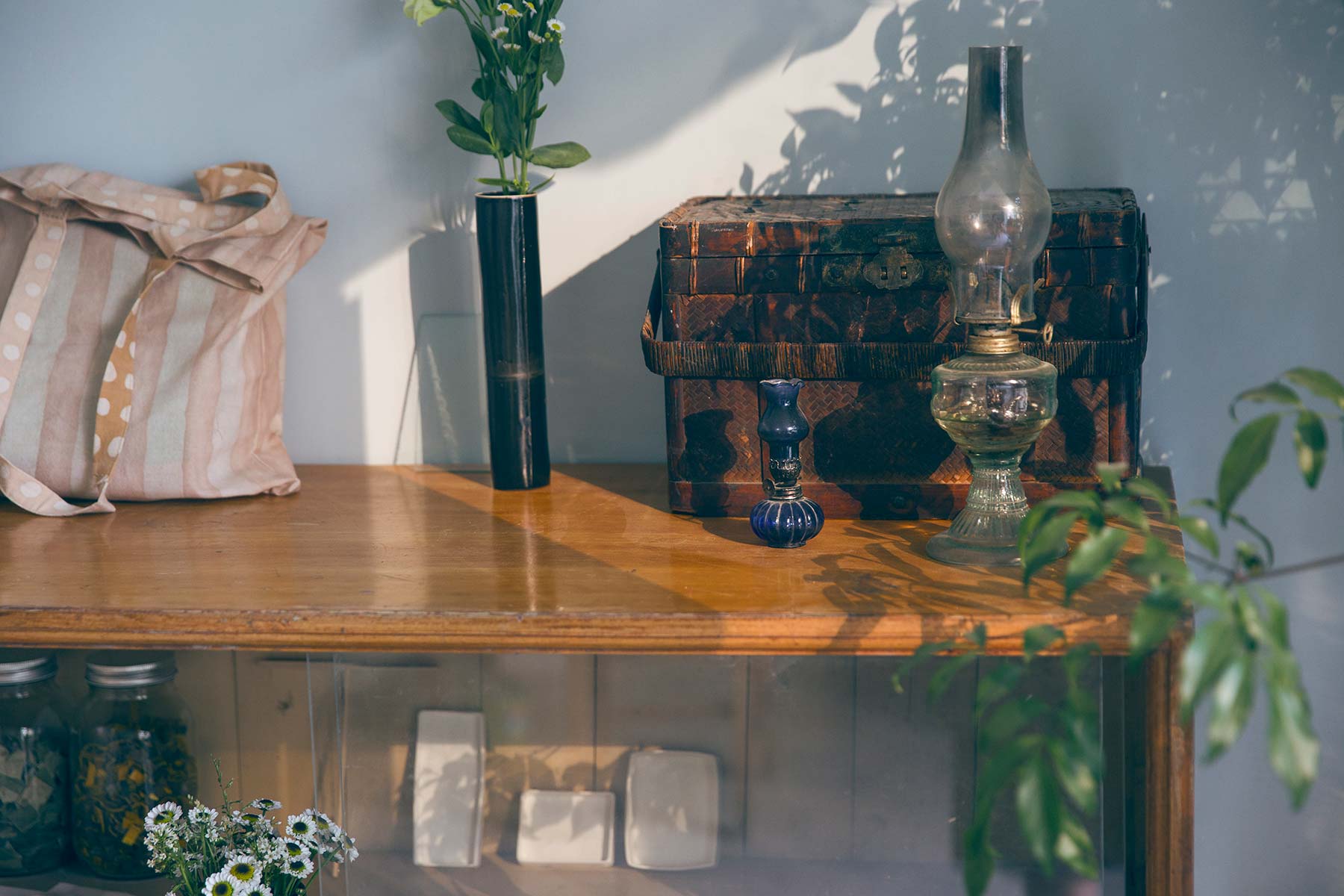