Despite being only about 3 hours away, Jianshui teaware only represents a small portion of our overall collection. Walking through Wanyao village or any of the other commercial streets in Jianshui can be a bit overwhelming. There are almost too many teapots, cups, storage jars, water jars and vases. Finding something to focus on is a difficult task at first, but you have to start somewhere.

Perhaps more overwhelming than the sheer number of shops and pieces on display is the similarities between pieces in any given shop. Everybody has teacups with coloured plum blossom engravings, jars with lotus flowers, or multi-coloured twisted clay teapots.

At this point it’s a matter of seeking the higher quality pieces. And while shop A may have better craftsmanship than the wares found in shop B or C, the lack of originality can be a bit disheartening. This is not to say that some of the typical teaware in Jianshui isn’t good, but once something is discovered as being hot, it spreads like fire to all the other studios and shops. Soon enough everyone is making the same thing again.

Issues around originality and copying exist in other ceramics towns too, like Jingdezhen. However, there is more of a creative culture there that coexists with and balances out the traditional styles. Jianshui has not been on the map nearly as long and often suffers from a shortage of skilled potters and artists. This is why the work of two individuals immediately stood out to us. 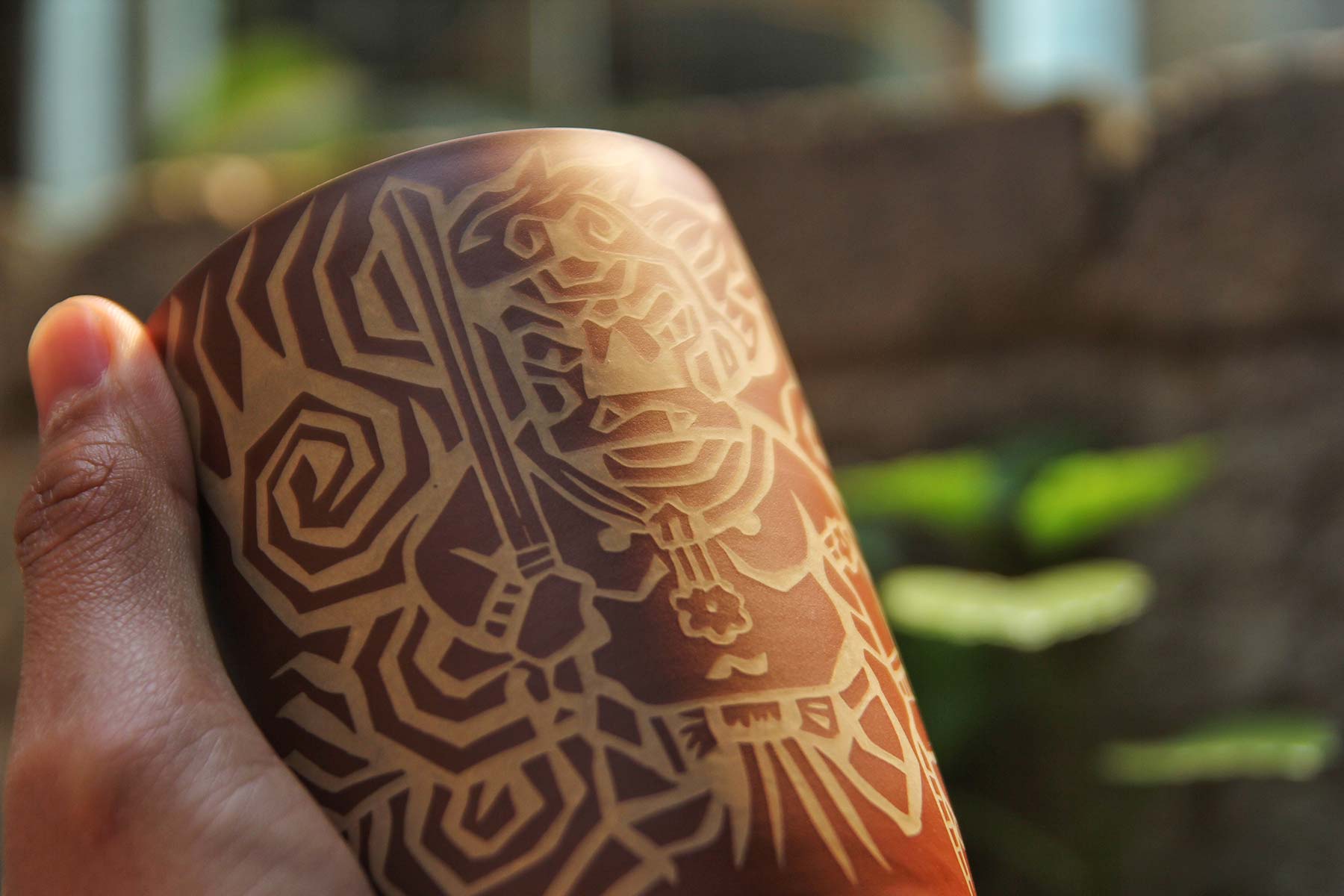 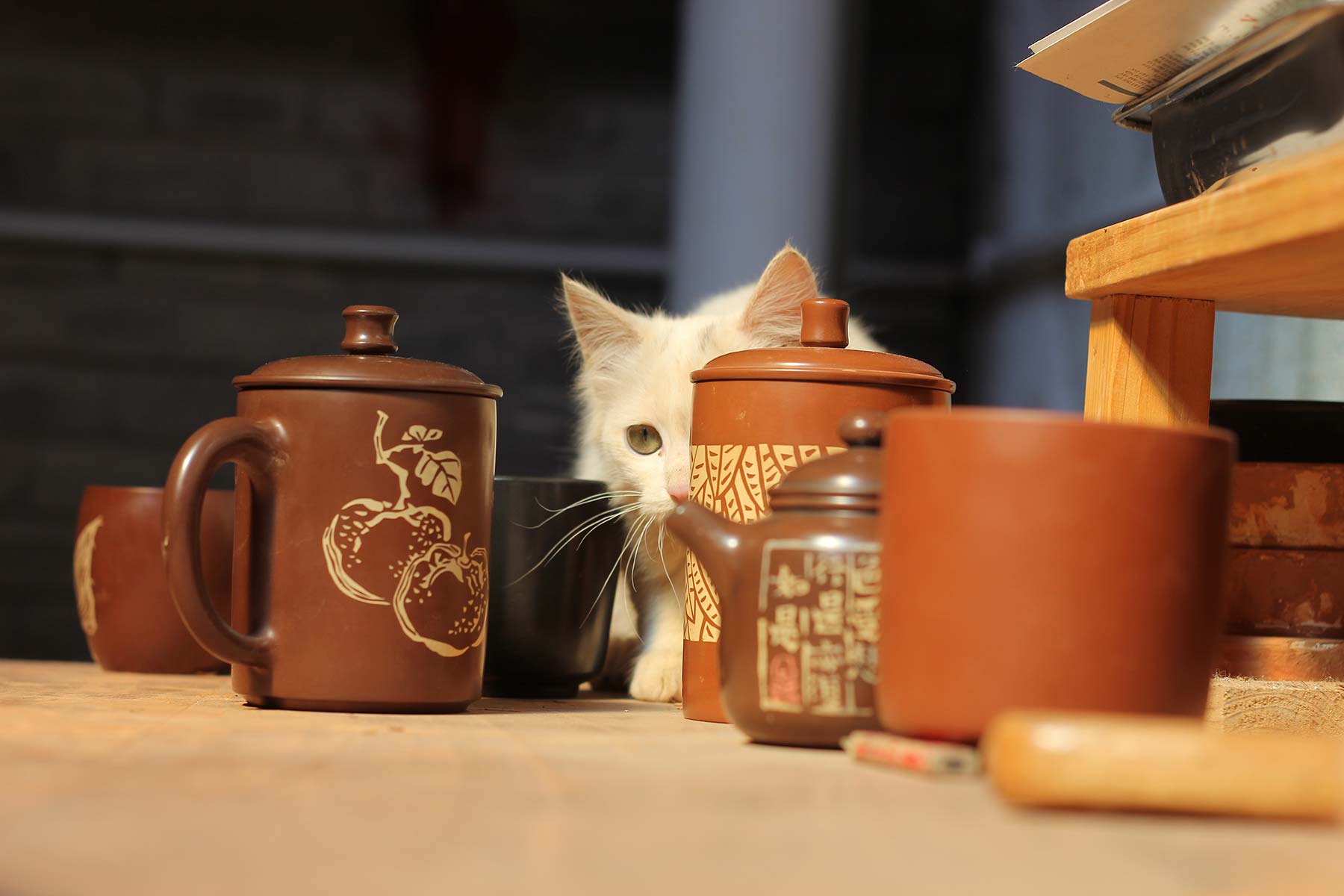 Aside from initially being drawn in by their teaware, we also had the instant bond of being cat people. This much is obvious about them from just a first glance of their work. With one partner hailing from Shanghai and the other a local of Honghe county, they met while studying design in Japan. This time abroad has likely contributed greatly to their unique approach, as well as their understanding of traditional art. While they still consider traditional elements as their root inspiration, their gaze is cast a little further than most other artists’ in Jianshui.

Their designs are often intricate and use the common technique of hand engraving the clay, then inlaying it with other colours. The result is an image that appears to be painted onto the surface, but entirely made of clay. Combined with an intense attention to detail, they have unique approach to their designs.

When it comes to topic of their work being copied by competitors whether it’s the style of script or images, their thinking is simple: “Copy all you want, my work is my own expression and who I am. There’s already an overflow in my head, I just need to draw more!” 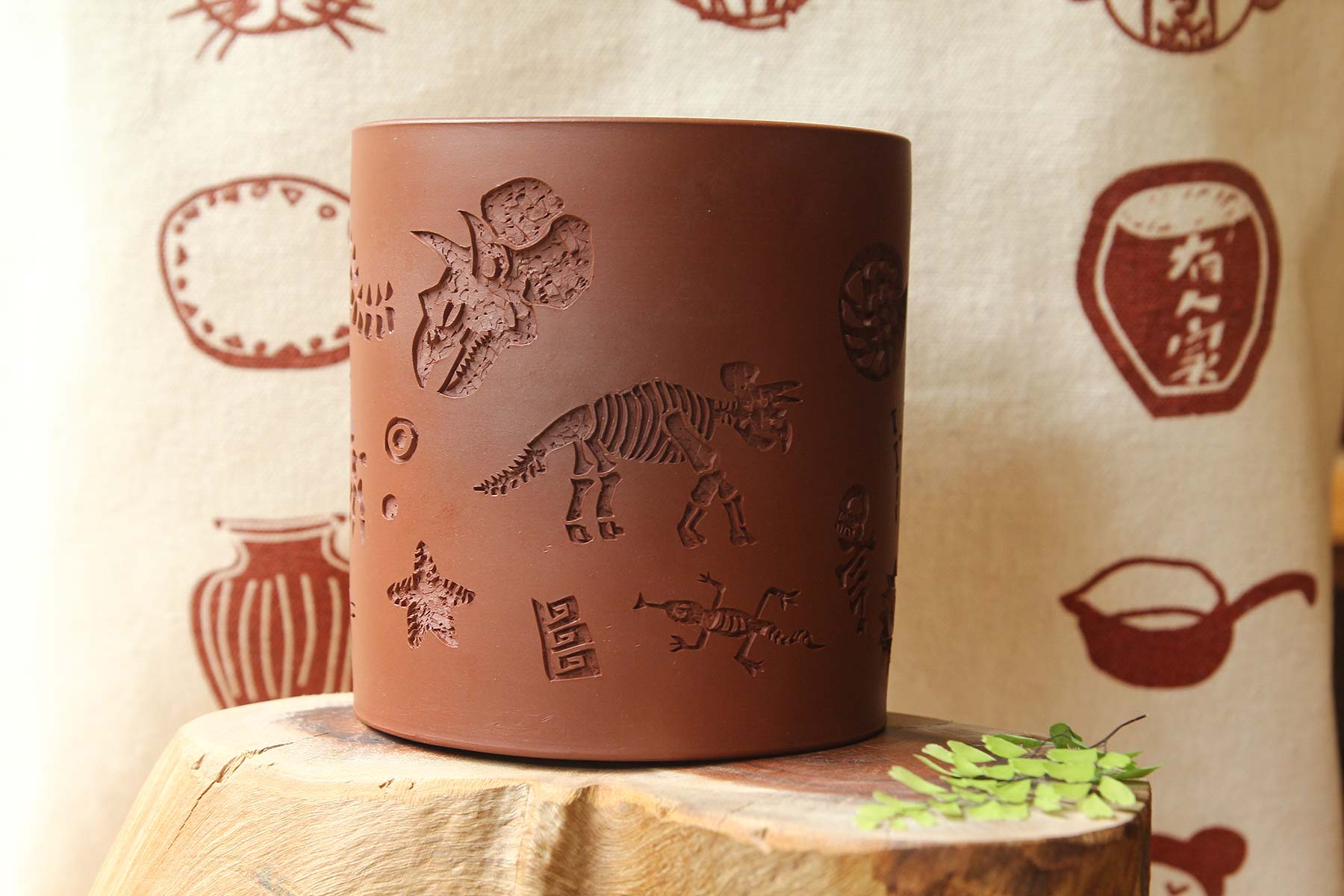 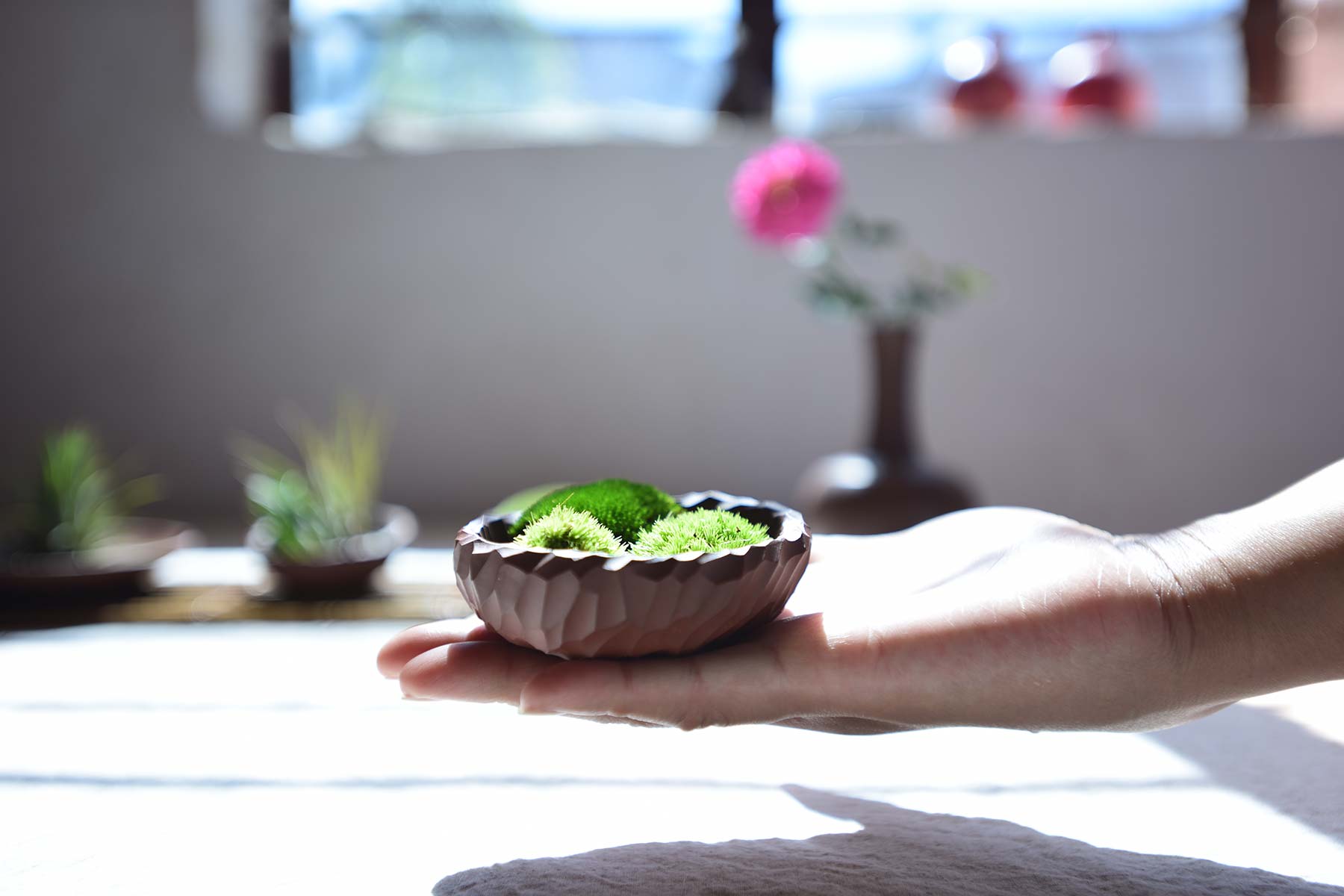